On a night in January in the year 1700, people living along along the coast in Japan were surprised to find their homes and villages suddenly under water.  Tsunamis were not new to them, but they always came after an earthquake.  This one did not.  What had happened?  It remained a mystery for nearly three hundred years.

This mystery is one of several related to our understanding of the seismic history and risks that is presented in the book “Full-Rip 9.0: The Next Big Earthquake in the Pacific Northwest” by Seattle Times journalist Sandi Doughton.  The book focuses on our current understanding of the risks posed by earthquakes in the area, and tells the stories of how those risks were discovered.

It is also a warning.

The Cascadia Fault runs about thirty miles off the pacific coast from northern California up to Canada.  It is one of the relatively few fault lines in the world capable of the largest earthquakes – magnitude 9 and higher.  It’s caused by the pacific plate subducting , i.e. going under, the North American plate.  This is what enables such large quakes to occur.  Tension builds up along this collision until it suddenly releases, potentially without any warning.

When the Cascadia Fault rips, it will be very similar to the magnitude 9 earthquake that rocked Japan in March 2011.  The quake will last for several minutes, pummeling structures inland as far as Portland.  Seismic preparedness studies have repeatedly shown that the entire Pacific Northwest will not stand up very well to this type of shaking.  Multiple studies have concluding that it is likely that the entire coast will be physically cutoff from the rest of the nation due to damages to bridges and roads.  The only possible transportation may be from air or water for months as this infrastructure is rebuilt.  Electricity will likely be lost for months as transmissions lines will need to be completely re-laid.

But that is not the scariest part of this scenario.  The time immediately following the earthquake is the most dangerous.  Just like the quake in Japan, a massive Tsunami will be generated.  People on the coast will have 15 to 20 minutes to get to a high enough elevation to escape it – at least 150 feet is recommended.  The Tsunami in Japan topped out at 137 ft.  The Oregon coast, with it’s many harbors and inlets, will act as a focus to the giant wave, driving the water higher and faster.  People in this situation will need to make their way through infrastructure damaged by the quake, and make it to higher ground.  In many coastal town, this will be difficult if not impossible.  The town of Seaside is especially vulnerable, given it’s size and (lack of) proximity to safe elevations.  The Tsunami will not stop at the coast, but will travel up the rivers.  Portland could get hit with a wave 20ft high or more.  Coastal river canyons will be scoured many miles inland.

If you experience an earthquake along the coast, you’re not supposed to wait for an official warning.  It is unlikely to be issued in time.  You should immediately head to higher ground.  It is not recommended that you take a car, as the quake is likely to have damaged bridges and other infrastructure, and you do not want to get caught in a traffic jam.  Be aware that there is likely to be multiple large waves, lasting for hours, and that the first wave might not be the largest.  Once you get to a safe place, stay there, and stay aware of your surroundings. There will be signs along the road directing you to a safe location.  You will eventually get to a sign that tells you that you are leaving the hazard area.  It is not recommended that you stop here, but continue heading up as far as you can go.

There is no predicting when the Cascadia Fault will rip again.  It’s been ripping pretty steadily every few hundred years, and with the last one clocking in at 300 years ago, it’s overdue.  Tension has been building up and can be demonstrated through studies of the see floor, and micro-quakes measured further in land.  The plates involved slide past each other at the rate of a few inches a year, and in the time since the last quake, that adds up to about 25 feet of locked rock.  For comparison, the the Japanese quake released about 20 feet of tension.  Japan was much better prepared for an earthquake like this, and it still devastated their country.  We lack the building and zoning codes, early warning systems, and disaster planning the Japanese used to save thousands of lives.

In other words, we are extremely vulnerable.  This fault is a Sword of Damocles over all of us. We need to invest the resources required to improve our odds when the big one comes.

These topics are covered very well in “Full Rip.”  The book contains much more information can be presented here, including discussions of other seismic risks in the area.  I highly recommend picking up and reading it! 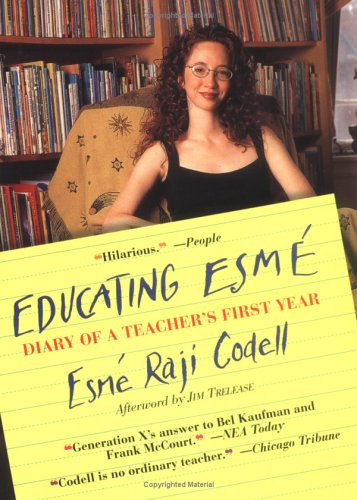 Back in August, my MBP developed some hardware issues that required a visit to the Apple store.  The Kansas City Apple Store happens to be on the famous Plaza, and very near to a Barnes and Noble.  So during this time, I ended up spending a large amount of time browsing books at said store.  As I went through the store, I happened to wander over to the science & technology section where my eyes fell upon a book with a very strange title:  “Everything Bad Is Good For You.”  If that wasn’t enough to pique one’s interest, the subtitle would be: “How today’s popular culture is actually makeing us smarter.”

Needless to say (but I’ll type it anyway), I was extremely skeptical.  Never-the-less, it was a provokative enough title for me to pick it up and turn to the first few pages.  The author, Steven Johnson,  begins with a discussion about a precursor to the modern fantasy sports games.  The story was engrossing enough that I went ahead and purchased the book, and once I was home I devoured it.  I just couldn’t put it down.

Johnson describes what he calls “the sleeper curve.”  His basic argument is that popular culture requires an increasingly complex involvement by the consumer to fully enjoy.  He supports his arguments with several specific examples taken from tv shows like “The Bachelor” and “The Sopranoes” and video games like “Zelda.”  I’m not much of a popular culture participant, and was unfamiliar with all three of these, but this did not hinder my understanding of his argument.  While I had started reading the book quite skeptically, by the end, I felt like he had made a good case using the examples that he did.  However, I do think his argument benefited from a selection bias to begin with.

One of my main criticisms is how citations and the bibliography were handled.  There were no in text citations.  The bibliography contained a snippet of the text where the information was used and then the source itself.  It’s a painful way handle sources.  One nice consideration was a section on suggested further reading, however.

Overall, this is a very worth-while book, and while I’m not completely convinced by his argument, I have to agree that Johnson is certainly on to something.  Published in 2005, it is available from Amazon.com, and other retailers.

Other Book Reviews Coming Down the Pipeline:

1) The Tipping Point and Blink by Malcolm Gladwell

I realize I’m a bit behind the times, especially with gladwell’s books, but I don’t personally know anyone else who has read them.

“And then there were none” by Erik Frank Russell. It’s a great stroy about, well, I’ll let you figure it out